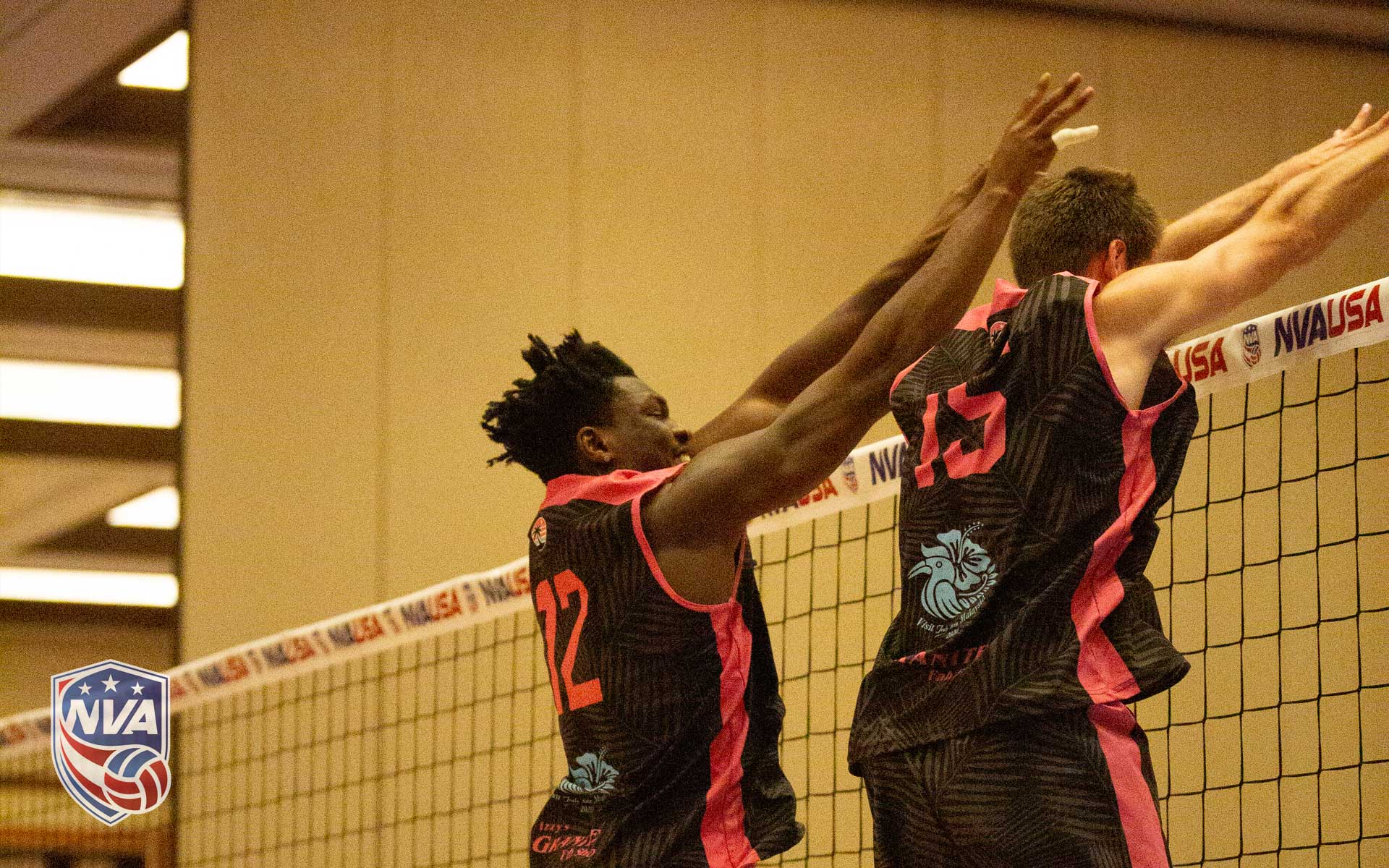 After the first three points for both teams, the Texas Tyrants made an early pull away with a pair of kills from Anthony Robinson and Gianluca Grasso. At the same time, Southern Exposure’s Chad Mercado continued to create a series of hitting and serving errors. The gap was solidified at 13-7 after Austen Lovett had back-to-back blocks. Southern Exposure couldn’t seem to find a way to get the ball to hit the floor, with Julian Rivera putting up six digs until it was too late to catch back up 19-12. Still, Southern Exposure made a trying effort scoring on a pair of three straight Tyrants errors while being down 17-22, with the set ending at 25-22 for the Tyrants.

The roles reversed quickly as Derek Sullivan gave two early blocks and Mercado with a kill and ace. At the same time, the Tyrants made a string of errors giving Southern Exposure a 10-5 lead. However, rallying behind a stuff block by Ryan Maune, Grasso, and Gabriel Quinones began scoring again to bring the Tyrants back to 10-10 and force Southern Exposure to take a time out. Three straight kills from Lovett and Robinson gave the Tyrants their first solid lead of the match at 15-13. Again, a string of errors from Mercado pushed the Tyrants lead to 22-17. The Tyrants finished set 2 with authority with a service ace from Maune to put the score at 25-19.

To begin the third set, Gianluca obliterated a ball down the line, showing Southern Exposure no concern for their safety. Both teams went to battle, each presenting their arsenal with a flurry of kills, tip, blocks, and aces, bringing the match to 9-9. Both sides had a series of five service errors that showed the low point of what men’s volleyball can be. Two massive blocks from Maune late in the match gave the Tyrants a debilitating lead at 23-21. After a time out, Southern Exposure was able to tie the game at 23-23 with a kill from Tyler Hubbard-Neil. But that was short-lived as the Tyrants cleaned up with a tip kill from Grasso and a stuff block from Lovett to end the game 25-23.

Coming back in Set 2 ready to play, the Dallas Tornadoes gained an early lead at 5-2 with an ace by Roschitz and kills from Chapman and Colon. The game’s flow began to shift with a massive block from Derek Sullivan as Southern Exposure hoped to tie at the technical timeout before Chapman earned a kill at 8-6. Climbing back of the technical timeout, Lourich finally tied the score with an ace at 17-17, which again was met with a massive kill by Chapman and an ace by Rivera. Tornadoes gave Southern Exposure a sliver of hope with two errors at 23-23 but pushed through with two kills from Jessie Colon and Chapman to win the set 25-23.

Rivera started Set 3 with a statement scoring an ace, while Exposure matched the energy with a big triple block. The two teams continued to trade in errors, with Exposure even being called out of rotation. An ace from Chapman put the game back on track as the tornadoes went on to take the lead at 8-6 at the technical timeout. Out of the break, Mercado led the offensive charge with two kills and tied the game at 10-10. Tornadoes gained control back with two kills from Roschitz and blocks from Chapman and Colon, gaining a sizeable lead of 16-12. The Tornadoes stayed on top as Chapman proved to be an unstoppable force adding three kills and finishing the set with an ace at 25-20.

The final set saw some fantastic offensive distribution from both sides as Dereck Sullivan and Ivan Andujar used all of their weapons to their disposal. The Tornadoes trailed behind Southern Exposure by one point until 9-8, where a kill by Rocklein and block by Mercado got the team to game point at 14-9. Two kills from Chapman and three Southern Exposure hitting errors put the score to 14-14. Just as the Tornadoes saw a chance to take the match, Lourich regained control with a kill, and Mercado shot for the stars with an ace to win the game 16-14.

Heading into the event’s last day, the Untouchables were looking to start this one off strong to complete the weekend sweep. Unfortunately, Southern Exposure’s Uchenna Ofoha had other plans as he started off the set with two massive blocks and a kill to give his team an 8-7 lead. Later on, Kyle Dagostino came to life as he kept Exposure in-system with solid reception, great defensive plays, and incredible sets in transition. The Florida team ended up taking the first set 25-20 after an Untouchables service error.

The Untouchables reverted to their regular lineup with setter Ian Capp looking to tie things up in the second set. However, a load of unforced errors was the story early as both teams struggled to captivate a big lead. Just as Southern Exposure was pulling away with some big blocks by Langston Payne, the Untouchable’s Kyle Shwede answered back with a big kill and an even bigger block to tie the game up at 21-21. Then at 22-23, Ian Capp and Thomas Burrell teamed up for arguably the play of the match when Capp bump set his middle from the floor and then fake swings to set Burrell for the super spike and the kill. The rest of the set was extremely close as both teams traded blows pushing it to extra points. Finally, Capp forced an overpass with his monster serve to win his team the set 29-27.

The Untouchables were looking to carry over the momentum from their tight set win. However, opposite Chad Mercado would not allow that as he picked up back-to-back aces and an overpass to win his team three straight points early. Unfortunately for Southern Exposure, too many missed serves helped the Chicago team stay close in the set, and the teams went back and forth as they had been all match. At 21-21, 7-foot middle Paul Bilanzic put away a colossal kill followed by a big block on Ofoha to give the Untouchables a big enough lead to go up 2-1 in sets.

Southern Exposure started the fourth set by capitalizing on their opponents’ mistakes and showing their significant blocking presence once again. They looked determined to force a fifth; however, the Untouchables’ never-die attitude and positive energy looked like it was frustrating the other team. A couple big digs by Schwede and transition kills by Ragland brought them to a 19-16 lead. But just when it looked like Southern Exposure was going to make a run of their own, the Untouchables’ defense and blocking was too big of a force. An ace from Milnazic was the cherry on top as they took the set 25-20 and the match 3 sets to 1. Will Ragland was the player of the game with 17 points.