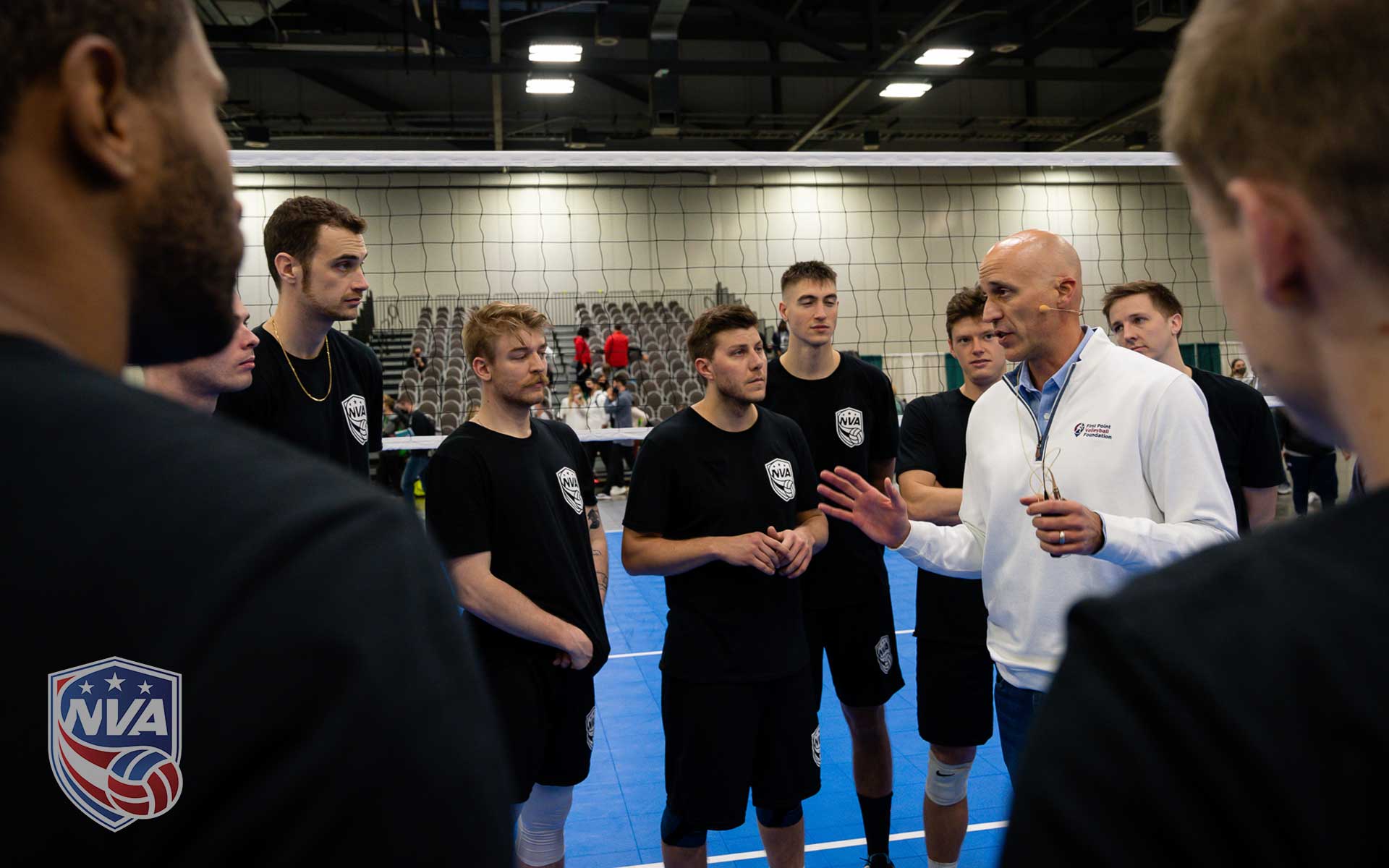 The NVA finished off 2021 with a bang by bringing their all-stars to the AVCA’s 40thAnniversary Convention in Columbus, Ohio! For three days, the league’s players and coaches hit the courts with some of the world’s greatest volleyball minds to help advance the sport of volleyball, educating the next generation of American coaches. The NVA had the privilege to work alongside inspirational icons such as Karch Kiraly and John Speraw as well as hosting the All-American Banquet recognizing elite players from Women’s Collegiate Volleyball.

Those who attended the All-American Banquet and the coinciding NCAA Div. 1 championship match between the Nebraska Cornhuskers and the Wisconsin Badgers witnessed some of the most extraordinary players in the history of NCAA. The game had historical precedence, with one player becoming the first-ever five-time AVCA First-Team All-American. Of course, it would be none other than the Division 1 player of the year, Wisconsin middle blocker Dana Rettke!

The NVA had the privilege of handing out the awards to the AVCA Players of the Year, and we are excited to share their names with you again! Readers can find the complete list of 1st, 2nd, and 3rd team selections from each division on the AVCA website. https://www.avca.org/awards/

AVCA PLAYERS OF THE YEAR

For many of the NVA players present for the convention, the best moment of the event came from the Athletes Unlimited Draft, which has invited nine graduating collegiate stars to join their league. Athletes Unlimited is the only pro indoor women’s volleyball league in the U.S., which premiered last year on the CBS Sports Network! Two of the draftees, Div. 1 Player of the Year, Dana Rettke, and Nebraska’s Laura Stivrins, went head-to-head, middle on middle, in the 5-Set NCAA Championship thriller. This historic draft is the first of its kind in the U.S. to provide an immediate pipeline for the nation’s most valuable volleyball players to go straight from university to the major leagues!

Inspired by AU Sports, the NVA is preparing to eventually establish their draft, looking to bring graduating student-athletes into the fold after the NCAA Men’s Final. With another successful year at the AVCA, the NVA has done well to show attending coaches just how disciplined, determined, and hungry our athletes are. We hope that the word will continue to spread from coaches to the next generation of college players that the dream of becoming a professional volleyball athlete is just on the other side of graduation! With this much talent already on display on the women’s side, the NVA and their teams are eager to see what homegrown products come from NCAA Men’s Volleyball this summer!