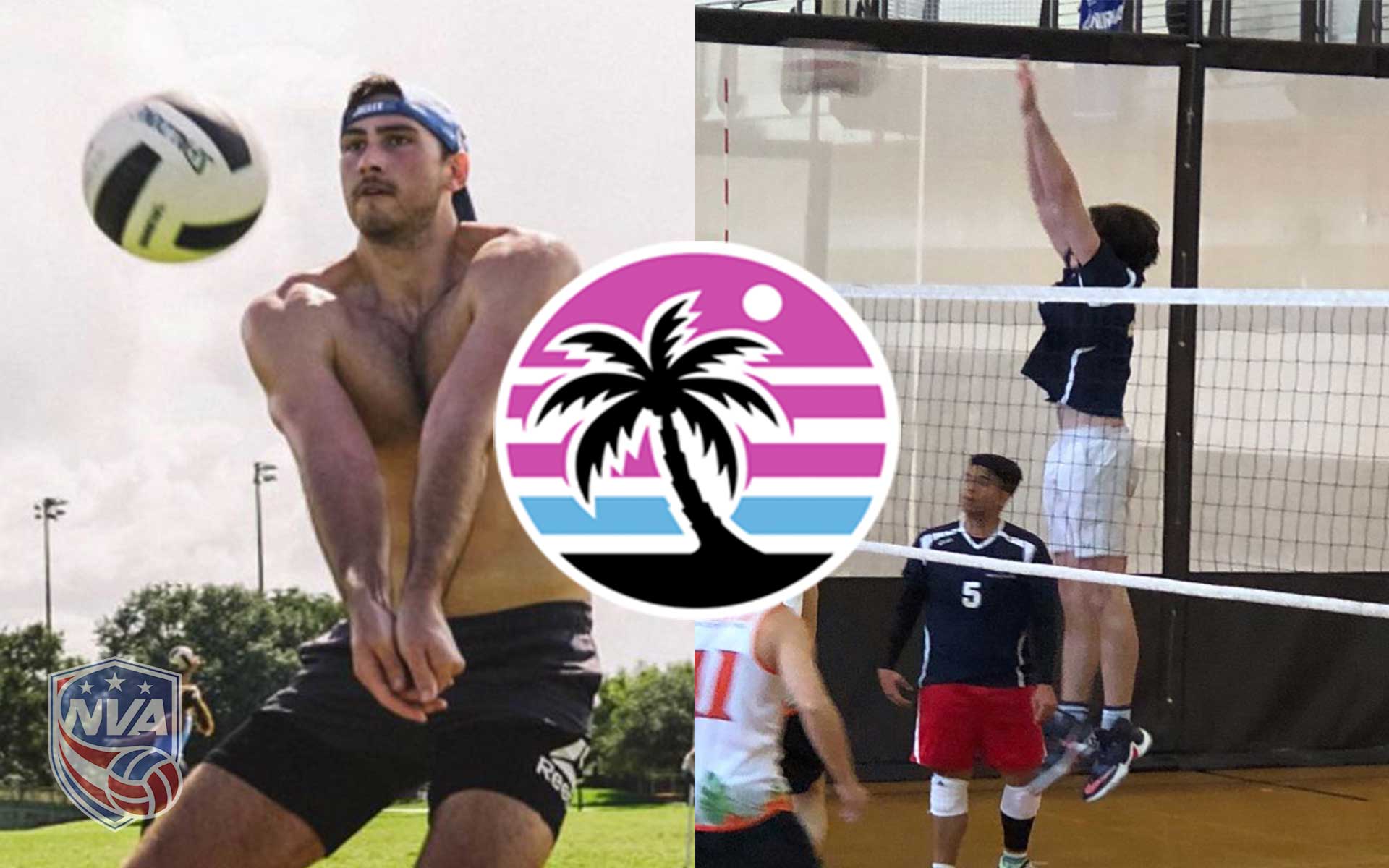 This past season Southern Exposure added a new weapon to their arsenal by introducing Middle Blocker Evan McDonough to the league. The 6’8″ Orlando-native instantly caught everyone’s attention with his size, athleticism, and raw potential. With minimal playing time during his first season in 2021, McDonough still managed to put up some impressive numbers. His season statistics for hitting efficiency ranked 4th in the league at 52% (17/33).

What makes his performance even more unique is that McDonough played this well on the professional stage after only recently moving to volleyball from swimming in 2018. When asked about what the transition has been like, McDonough had this to share, “In swimming, your main goal is to beat yourself, to race against the clock and better your previous times. In a lot of ways, it’s a solo battle.” In volleyball, he has had to adjust to the concept of a ‘team sport’ that requires an entirely new mindset. His biggest hurdle has been learning his role on the team and developing the timing needed as a middle.

“Swimming has helped a lot to prepare me mentally to tackle anything in front of me,” said McDonough, sharing how his previous knowledge and skills have carried over. Despite not having the same years of experience, McDonough still has natural jumping ability and body control for his massive stature. Having never been coached in volleyball before joining the NVA and Southern Exposure, McDonough has immense potential in the sport and the league.

Now that he is a part of the tight-knit group of the volleyball community in the United States, McDonough had this to share. “The people I have met are all unique and kind, and I will consider them friends for life. The coaches really care about us and love the game, which makes everyone involved better!”

There is still plenty more that McDonough and Southern Exposure want to accomplish. They are hungry for gold after their strong playoff run in 2021, losing to the Utah Stingers in the 3rd Place Match to finish 4th at the NVA Championships. As McDonough develops and looks to hopefully fill a starting role for the team, Exposure will look to make the ‘final day’ of the NVA Championships once again. “The goals I set in volleyball are the same I set myself every day, to improve each day and to make a positive impact on those around me. I feel the sky’s the limit, and I’m really looking to shock people this next season,” shared McDonough.

Be sure to give Evan McDonough (@evanmcd81) a follow on Instagram to see where his new journey will take him! Fans can also see videos of Evan in action by following the links below to see posts on Southern Exposure’s Instagram (@southernexposurenva).