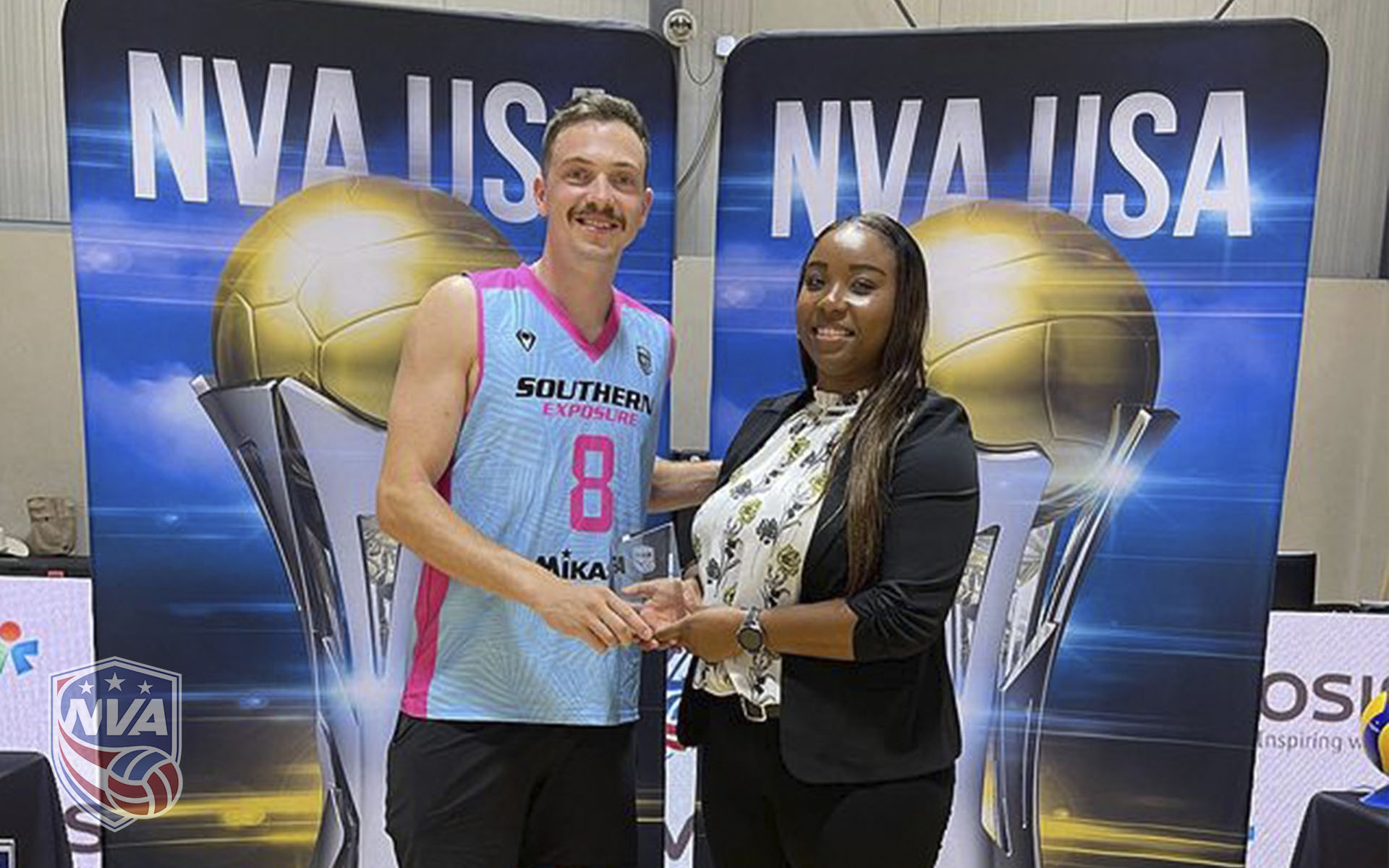 As the only member of Southern Exposure to take home an all-star nomination, two-year starter Tim Lourich was awarded the Best Defensive Middle Blocker. The award was a bonus to his team’s historic run to the championship, as well as an added milestone to Tim’s incredible volleyball journey.

Attending the University of Minnesota, which has no NCAA Men’s Volleyball program, Lourich continued to chase his dreams as he played for the school’s club volleyball team. Amazingly enough, even without any NCAA experience, Tim was able to land a pro contract with Rantaperkiön Isku (

@iskuvolley) in Finland during their 18/19 season. The club was also an integral part of Kawika Shoji’s (@kshoji7) professional career leading up to the U.S. national team. It was his first professional contract overseas after he played at Stanford from 2006-2010. Now back home in the states, Lourich has made significant strides in the NVA leading Southern Exposure to a 4th place finish in 2021, a massive improvement from their 2020 campaign.

Tim was a blocking machine throughout the season, being ranked number one as the best blocker in both total blocks at 30 and in blocks per set 0.7 (30/43). Additionally, Tim was a dynamic middle coming in to play as an opposite for the team in place for Jakub Ciesla and Chad Mercado. Keep an eye out for Lourich, and his continued success as the team is already prepping for the 2022 NVA season.

If you haven’t yet watched Southern Exposure’s Championship matches, follow the links below to find their 3rd place medal match and their five-set thriller against the Chicago Untouchables. Also, be sure to give Tim Lourich (@bigtim08), Southern Exposure (@southernexposurenva), and the NVA (@nvausa) to stay up to date with your favorite team and player leading into the next season.

“Volley On With the NVA”

previous
Southern Exposure Wins a 5 Set Thriller Over Untouchables and Advance to the NVA Semifinals Against the Stunners
next
Kyle Dagostino Finishes Fifth at the 2021 NORCECA Championship
PRIVACY POLICY
TERMS & COND...