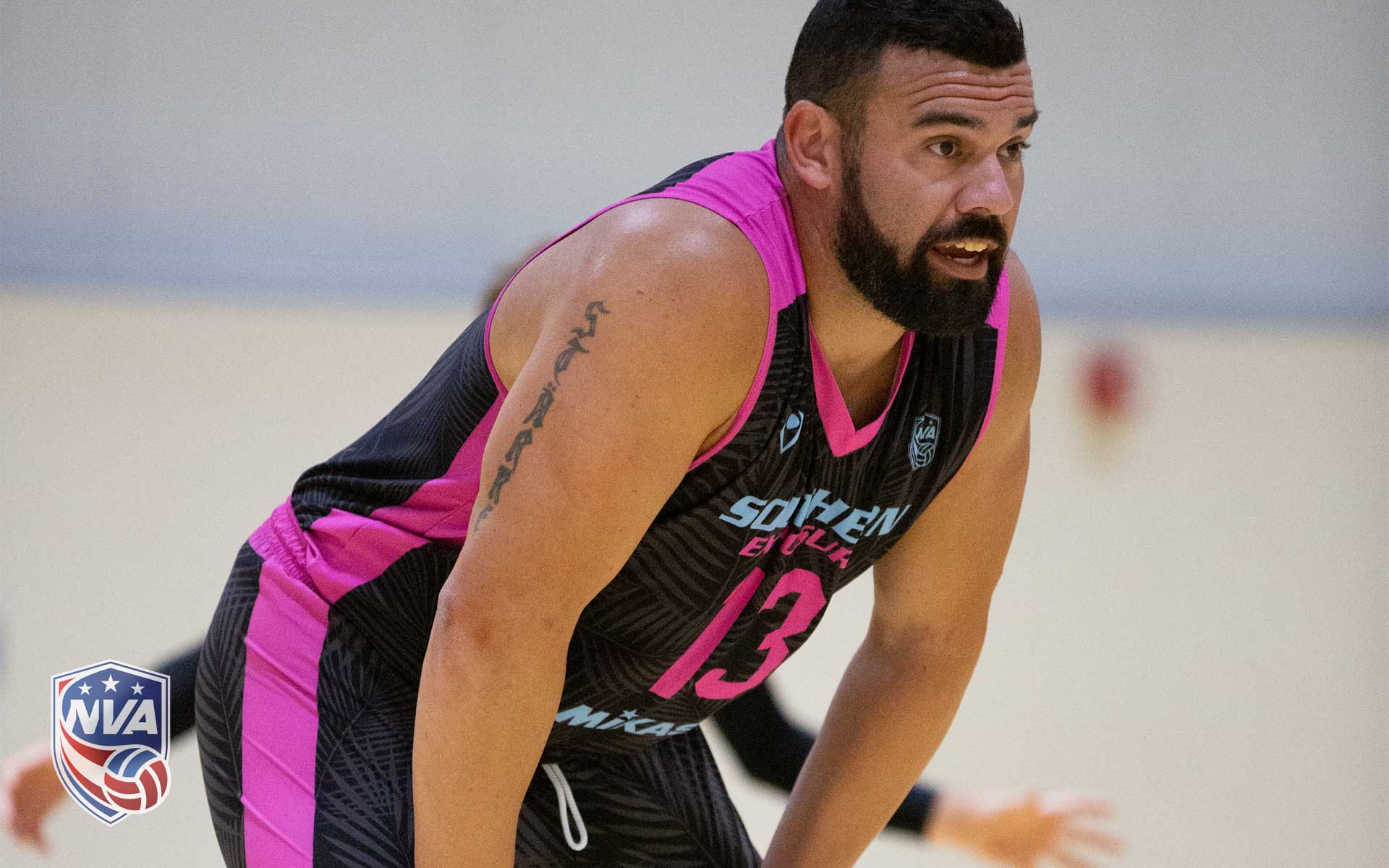 Both teams started well, with neither squad showing any playoff jitters. In the early going of set #1, both groups received well, stayed well in-system, and ran their middles repeatedly. Teams exchanged leads several times, but at 15-13, a massive block by #13 Will Ragland pushed the Untouchables to a 3-point lead at the media timeout 16-13. After the timeout, the Untouchables continued their run with a service ace by #2 Moises Lopez, a kill by Paul Bilanzic, another service ace by Lopez, and a block by #11 Kyle Schwede. The Untouchables gained their most significant lead at 21-13. Southern Exposure made an impressive late-game push, but the Untouchables hung on to their lead and won the set 25-20.

Set #2 was a mirror image of set #1. At 5-4, SE Coach Tony Glessner substituted #13, Chad Mercado, with #14 Jakob Ciesla. However, despite the substitution, Southern Exposure continued to struggle on offense. Like the first set, the Untouchables defense, primarily covering balls off the block touch, demoralized Southern Exposure’s hitters. The Untouchables took advantage of the transition opportunities that led to a 25-23 win for the set.

In set #3, Coach Glessner started Mercado at Opposite again. Getting focused once again, Southern Exposure cleaned up their play and took an early 7-4 lead. Mercado also finally caught fire, helping Southern Exposure keep their lead until Untouchables fought back to tie at the media timeout 16-16. Excelling at their side-out game, Southern Exposure managed to keep their 1-point lead and closed out the set, 25-23, with a crafty roll shot over the block by Mercado.

In set #4, Mercado again stepped up to the plate, helping Southern Exposure rally and win the set 25-18. But it wasn’t his hitting that saved the day. Mercado’s two digs, one off his foot and the other off his chest, right before the media timeout led to points for Southern Exposure that gave them a 16-12. With added offensive pressure from Tyler Hubbard-Neil and sharp angles from Tim Lourich, SE kept the Untouchables grounded and won the set 25-18.

Set #5 was a nip and tuck battle that went into extra points. Both teams started well, with Southern Exposure taking the early lead 8-6 at the switch. The Untouchables breakaway at 13-13 after Milnaziak took a swing off the block for the kill. Despite their effort, Southern Exposure closed out the set after 16-16 with an Untouchables hitting error and a final dagger roll shot by Hubbard-Neil to finish 18-16.

Head on over to YouTube on the NVA USA page to watch the full replay of the match!