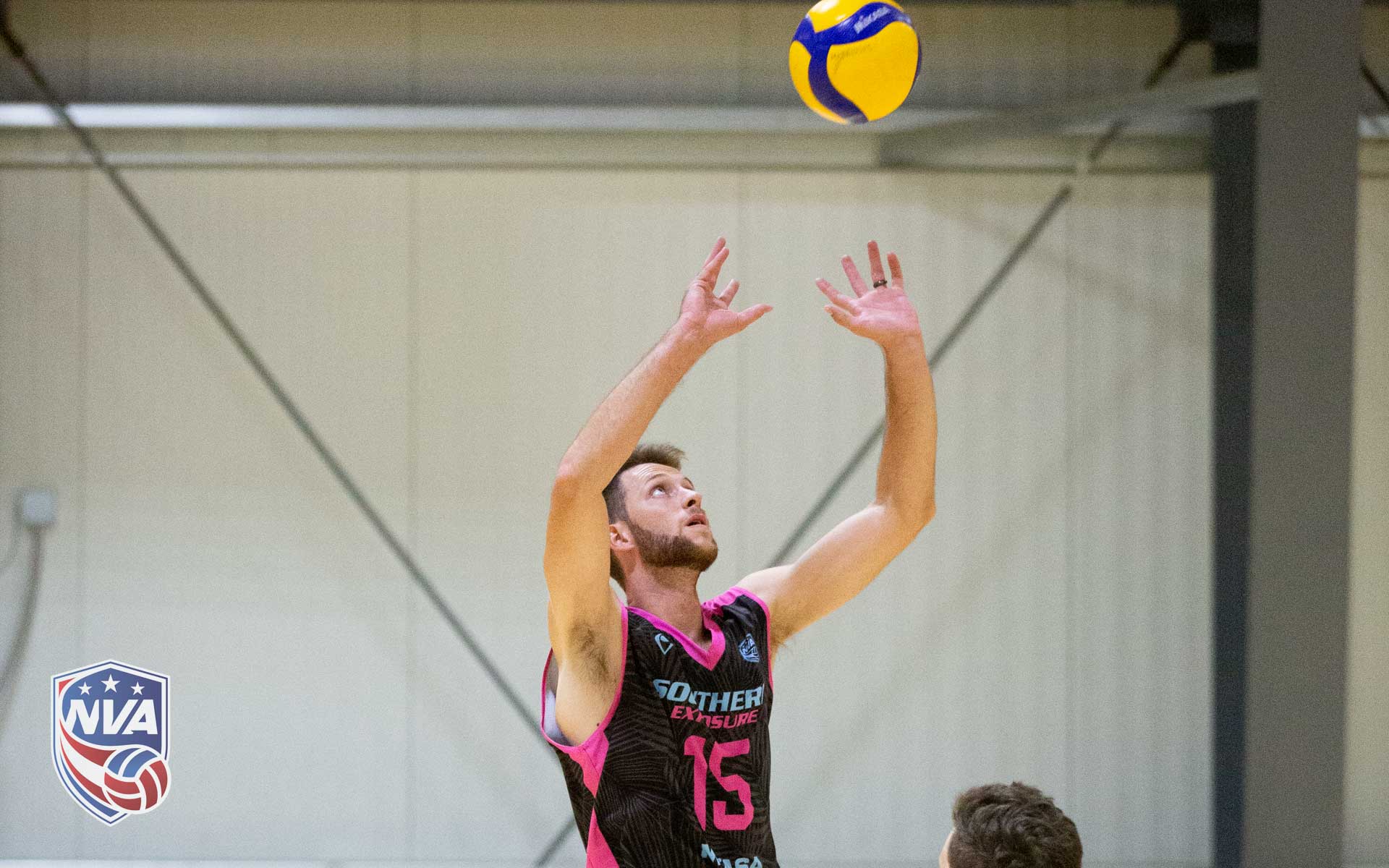 The NVA is excited to provide our volleyball fans with an analysis of the upcoming playoff matches and predictions of which team will move on for a chance to call themselves the 2021 NVA Champions!

First up for the quarterfinals is Southern Exposure VS the Chicago Untouchables.

Southern Exposure’s journey this year is a Cinderella story. A winless team that finished last in the 2020 season has now closed the regular season in first place in the National Conference and gained a #1 seed in the playoffs. A big part of the credit goes to Coach OJ Catalan and Tony Glessner, who deserve to be candidates for 2021 Coach of the Year.

In their first match of the season, Southern Exposure surprised everyone when they defeated the Stunners 3-0 and pushed off with a 2-1 record. Southern Exposure also showed significant improvement throughout the year and played in some very tough and close matches. Of their nine games, five of them went the distance to five sets. Two of the teams they defeated were Team Freedom, who finished third place last season, and the Stingers, the previous year’s NVA Champions.

Southern Exposure doesn’t have a single dominating player like some of the other NVA teams. Still, they have a well-balanced offense that led gotten them to a 6-3 record. Southern Exposure has also shown that they’re capable of scoring a lot of points. In their 5 set marathon match against the Stingers, Southern Exposure scored 69 points. And with a 5-0 record for their games that ended in 5 sets, they’ve demonstrated that they can perform well under pressure.

Led by Setter Derrick Sullivan, Southern Exposures offense has relied on Tyler Hubbard-Neil, Eddie Moushikhian, Kevin Rockland, Chad Mercado, Tim Lourich, Langston Payne, Uchenna Ofoha, and Evan McDonough. All these players have made considerable contributions to this year’s success, and it’s a guessing game on who Coach Catalan and Glessner will start. But whoever he places in the starting lineup, the key players for Southern Exposure to win will be veteran Chad Mercado and National Team libero Kyle Dagostino.

The Chicago Untouchables are one of two new teams that have joined the league for the 2021 season, starting off with a shaking 0-3 record but still strong enough to make the playoffs. After their 0-3 start, the Untouchables rallied back to win three matches in a row at the Atlantic City, New Jersey event. While one of the wins was a triumphant success over Southern Exposure, the other two wins were in their favor against the Matadors and Tornadoes, both of whom ended the season with 2-7 records. Despite the mid-season comeback, the Untouchables ended the season 0-3. It’s fair to say that the Untouchables have had an up and down season and haven’t found a starting lineup that can play cohesively as a team. But the team is filled with impressive midwest volleyball talent that can indeed be a problematic team for everyone else if harnessed correctly by coach Mitch Wiskerchin. Nevertheless, the Untouchables feel lucky to be in the playoffs.

Like Southern Exposure, the Untouchables don’t have a single ace player to rely on to score points. Led by setter Ian Capp much of their scoring has come from various outside hitters like Eddie Keesecker, Kyle Schwede, Will Ragland, Dan Nugent, and Jake Milnaziak. But the key for the Untouchables to win will be more activity from their middle blockers Paul Bilanzic, Thomas Burrell, and Matt Buffum. That can only happen if the team can improve upon their reception to keep their offense in system and hard service pressure to give their blockers the upper hand.

Prediction: Southern Exposure has more incentives to win than the Untouchables. One reason is for the Florida team to prove this year’s Cinderella season wasn’t a fluke and record their first NVA playoff win. The other is revenge for the Untouchables win early in the season. It’s always best to pick the previous loser to win the next match. Southern Exposure also has a more balanced offensive attack.

Stay tuned and visit the NVA website for the following prediction on the second playoff matchup between the Tyrants #2 American Conference Seed and Stunners #3 Seed in the National Conference. To find more articles about the Chicago Untouchables’ and Southern Exposure’s regular season, check out their news section at the bottom of their team websites.

“Volley On With the NVA!”

previous
Kyle Dagostino Has Become A Human Swiss Army Knife Playing Libero, Outside Hitter, and Setter
next
Southern Exposure Wins a 5 Set Thriller Over Untouchables and Advance to the NVA Semifinals Against the Stunners
PRIVACY POLICY
TERMS & COND...