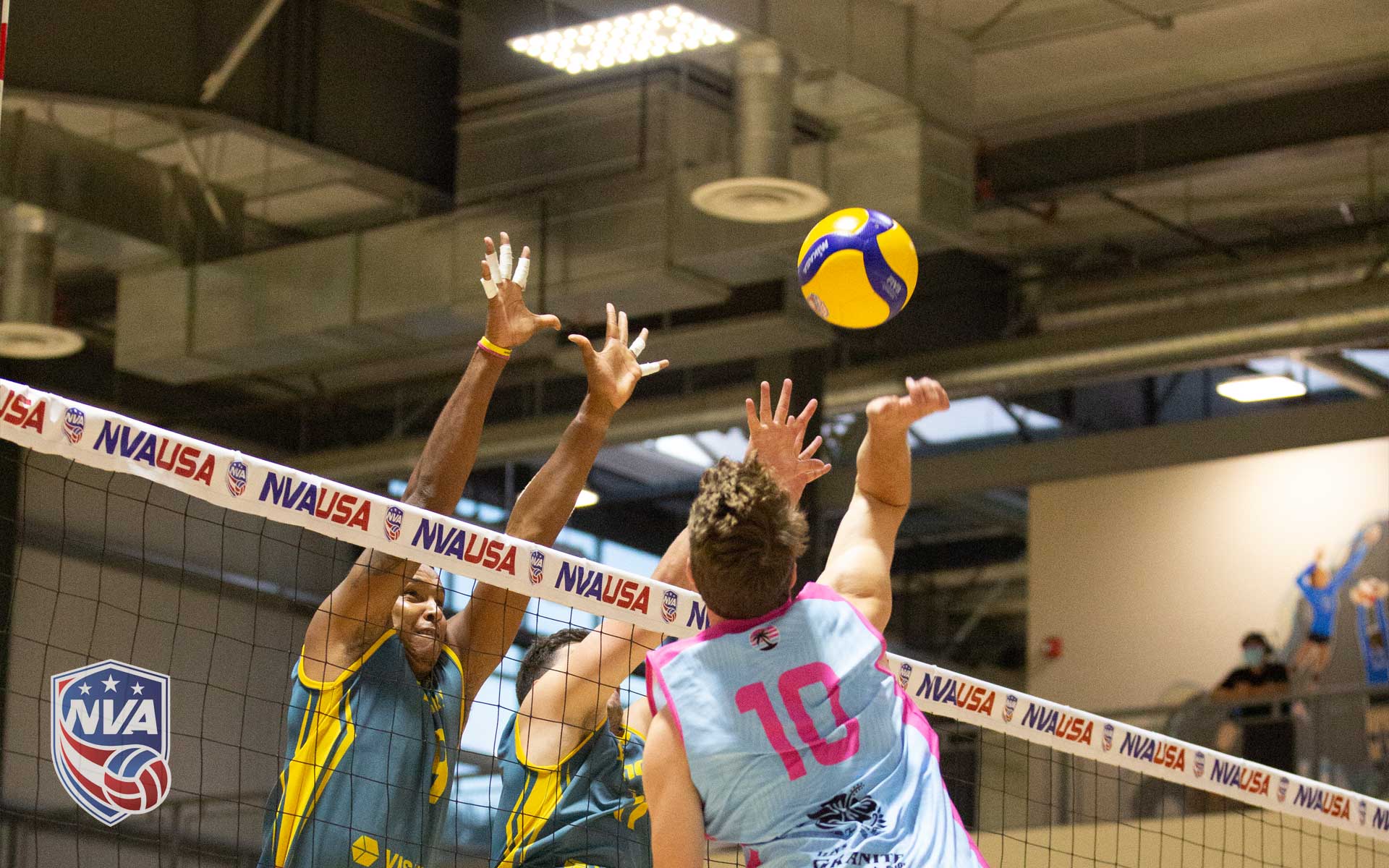 Considering the skill level of the USA Men’s National team, Kyle Dagostino has shown how they are a cut above the hundreds of other professional volleyball athletes in the NVA and abroad. As a Libero within the national team program, Dagostino has already graced the international stage competing in the 2018 Pan Am Cup and the 2019 Volleyball Nations League in Bulgaria and Russia.

In his professional career thus far, Kyle has a proven track record being named the best libero in both the 2019/20 Slovenian Cup and 2020/21 Middle European Cup (MEVZA) after winning both with his team, ACH Volley Ljubljana (Kyle Dagostino » clubs :: Volleybox). However, now with the more familiar coaching staff in his home state, Kyle has been let off the chain to show just how versatile he really can be.

During Event 3, OJ Catalan and Tony Glessner put forward some experimental lineups against the Utah Stingers and LA Blaze. On top of having middle Tim Lourich play on the opposite, Kyle started as both the team’s setter and outside hitter. As a 5’9″ outside hitter, Kyle scored 10 points (eight kills and two aces) swinging against the Stinger’s blocking giants Jake Langlois and Jorge Mencia. Then playing as a setter against LA Blaze, Kyle put up _ ____ assists, leading to the team’s substantial 58% side-out percentage. Thanks to Kyle’s brilliant playmaking, Southern exposure won every match during the weekend, securing their spot in the final 8, taking first in National Conference for the regular season.

“To have Johnny Gomez and Kyle Dagostino passing in all six rotations against the Stingers’ heavy serves and swing gave us a lot of ball control and defense. Kyle has also had a lot of experience setting, and I think he is one of the best out-of-system setters in the league with a super impressive IQ. He knows how to win, and it’s fantastic to hear how he can communicate with our staff and the team. OJ and I knew we had options with some of our players in different positions to play. However, our team has endless possibilities with Kyle in the mix.” – Tony Glessner, Owner/Manager.

To check out the two thrilling five-setter matches where Kyle his libero jersey at home, follow the two links below to find the match replays on Youtube. There, fans can also watch Southern Exposure play in the quarter-finals during the first day of the championship weekend on July 9th at 10:00 am PST. Make sure also to follow Kyle (@dagoskyl), Southern Exposure (@southernexposurenva), and the NVA (@nvausa) on Instagram to stay connected with the team and catch highlight clips from Event 3.