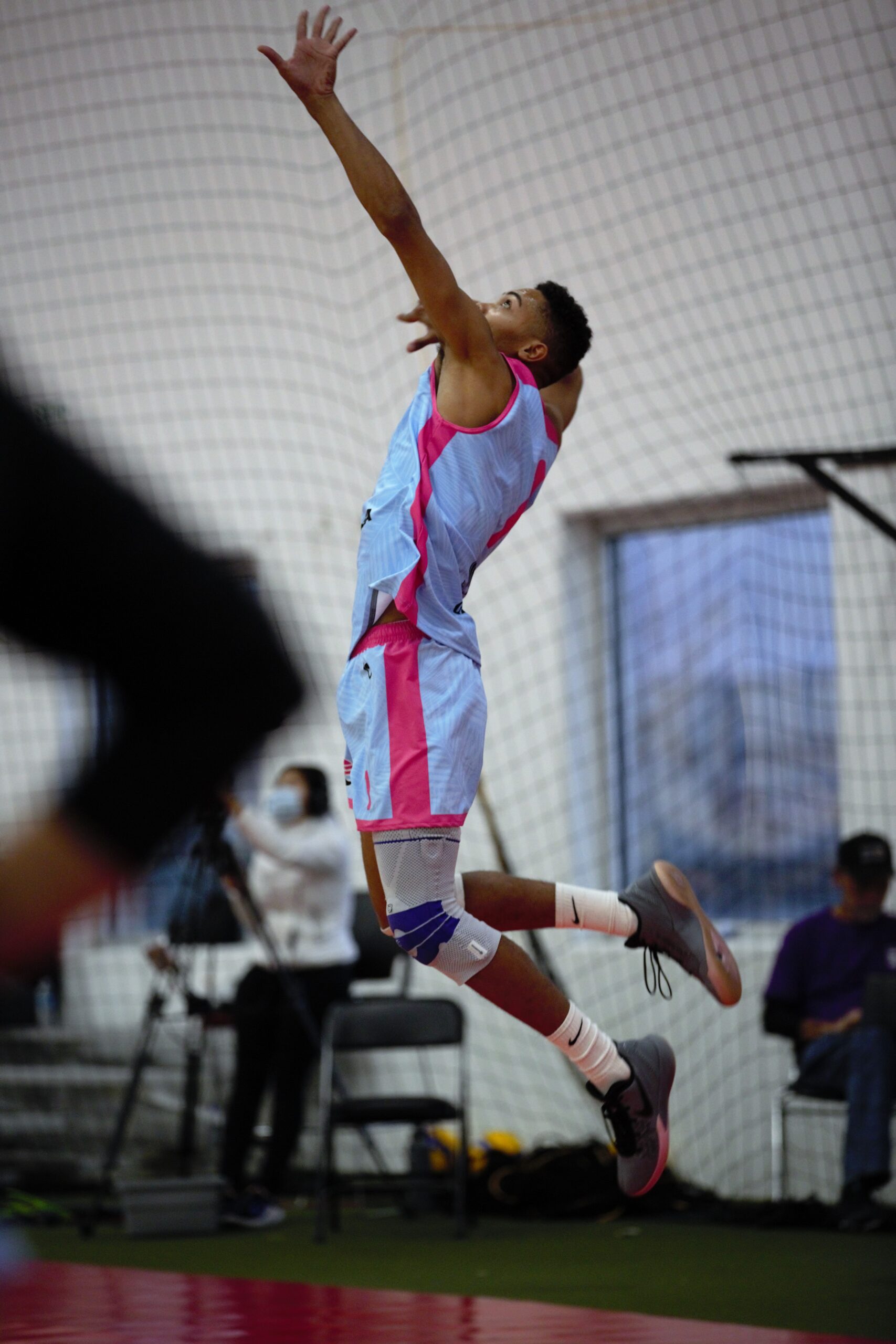 One of the most memorable performances of Event 3 came from outside hitter Tyler Hubbard-Neil who led his team through a grueling five-set win against the Stingers (28-30, 27-25, 30-28, 27-29, 18-16). Tyler led all the players in the game with 25 points with 21 kills at (44%), two blocks, and two aces while making 41 reception attempts with 95% being perfect passes. Tyler was an anchor for the team throughout the match, providing a calming presence in the backcourt while being a consistent outlet for the team to get out of any long-fought rally.

Tyler indeed came into his own, even outperforming US National team player, Jake Langlois, showing just how far Tyler has come as a player. Growing up in Battle Creek, Michigan, where the wasn’t a boys volleyball team, Tyler learned how to play volleyball by practicing with his sisters. After having had a successful career in the NAIA while attending Sienna Heights University, the Hubbard-Neil family is continuing their volleyball legacy in the NVA.

“As the baby of the family, I was always going to follow the suit of my older sisters. I love being part of a team sport, and that’s been my motivation to keep improving my game to keep competing on organized teams. Now I see the chance of playing professionally overseas as a real possibility! The more chances I get to play against such high caliber individuals in the NVA, the more that will become a possibility.”

Tyler is currently one of many who have shown just how dominant the LGTBQ+ players of the NVA are. When it comes to his ability to excel on the court, Tyler had this to say to help other younger players on how they can better connect with their teammates.

“When you’re a player on the court, you need to be comfortable in your skin first before everyone else can treat you with the same comfortability. I always push myself to be a better individual who can provide the team with anything they need.”

Make sure to catch Tyler Hubbard-Neil in action as Southern Exposure makes their push into the playoffs! They will take on the Chicago Untouchables for the first elimination match of the NVA Championship come July 9th. Go ahead and give Tyler (@ty_hubbardneil), Southern Exposure (@southernexposurenva), and the NVA (@nvausa) a follow on Instagram to stay up with the team and catch highlight clips from Event 3.