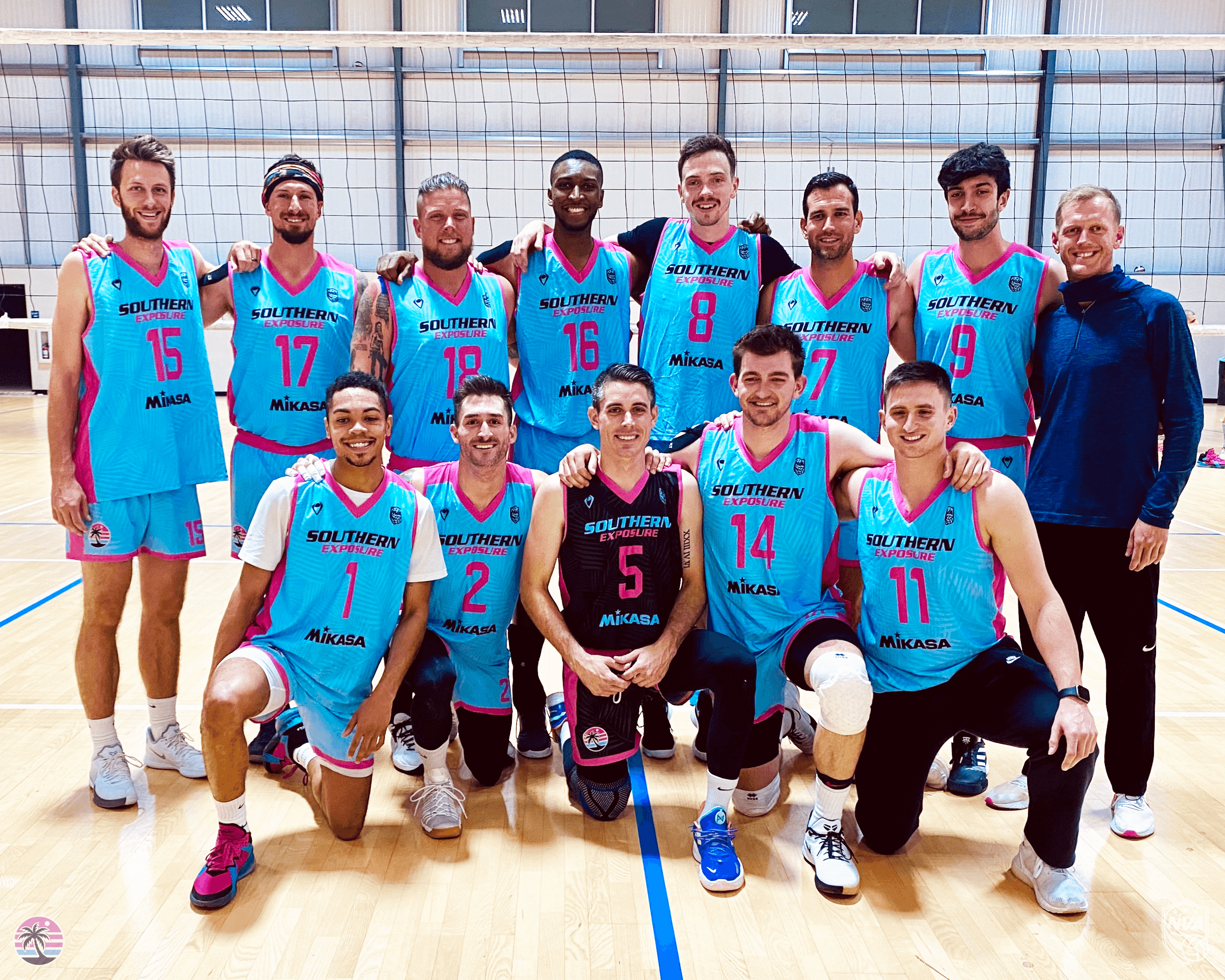 In this week’s episode of ‘Quest for the Cup’, Southern Exposure has taken the spotlight to show why they believe they are destined to take the podium in 2021. As the only professional volleyball team in the Southeast part of the United States, Exposure has been grateful to carry the torch and be the trailblazers for the future of volleyball in Florida. As Co-Owner OJ Catalan reflected on the growth of volleyball, “When I played back in 2006, Florida clubs were playing catch up to more developed teams on the West Coast. Now we’re producing some of the best athletes in the entire country.” He went on to mention how he believes the Exposure’s establishment and success have been a sign of Florida’s continued ascension in the sport of volleyball.

Today, many regions have worked towards leveling the playing field of player development, allowing for individuals to have better opportunities to play at an elite level after University. With the NVA having teams in Illinois, Texas, New Jersey, and Florida, it’s now possible for players to have a direct pipeline to a professional career right here at home. Especially with the women’s side taking the same steps, with Athletes Unlimited beginning their inaugural season last week, the NVA now stands ready at the edge of a new era of volleyball in the United States, and Southern Exposure comes into this season, new and improved, ready to push the envelope.

Bringing in some new faces this season, the team has picked up an additional seven players for both the practice and travel squads from their tryouts at the beginning of January. One significant pick-up is Erskine College Alumni Michael Andrew Michelau. He is currently overseas in Sweden and has won his second Swedish Cup Championship with Hylte/Halmstad VBK (https://www.facebook.com/hhvolley/).

Additionally, Exposure has pulled out of retirement OTVA coach Chad Mercado, who brings a wealth of experience from collegiate coaching and playing overseas with Lycurgus Volleybal in the Netherlands (https://www.facebook.com/LycurgusVolleybal). Tony Glessner has joined as a Co-Owner/General Manager for the squad, while also a coach and video coordinator for the University of Michigan Volleyball team. Finally, Head Coach Corey Marks will be returning, assisted by long-time OTVA coach Josh Hebron.

Make sure to follow Southern Exposure’s Instagram page and the NVA to get daily media updates on all of your favorite players and league information. Also, head over to the NVA’s Youtube page to catch live-stream coverage of the upcoming season as well as replays of Southern Exposure during the 2020 NVA Championships in Salt Lake City, Utah back in November.