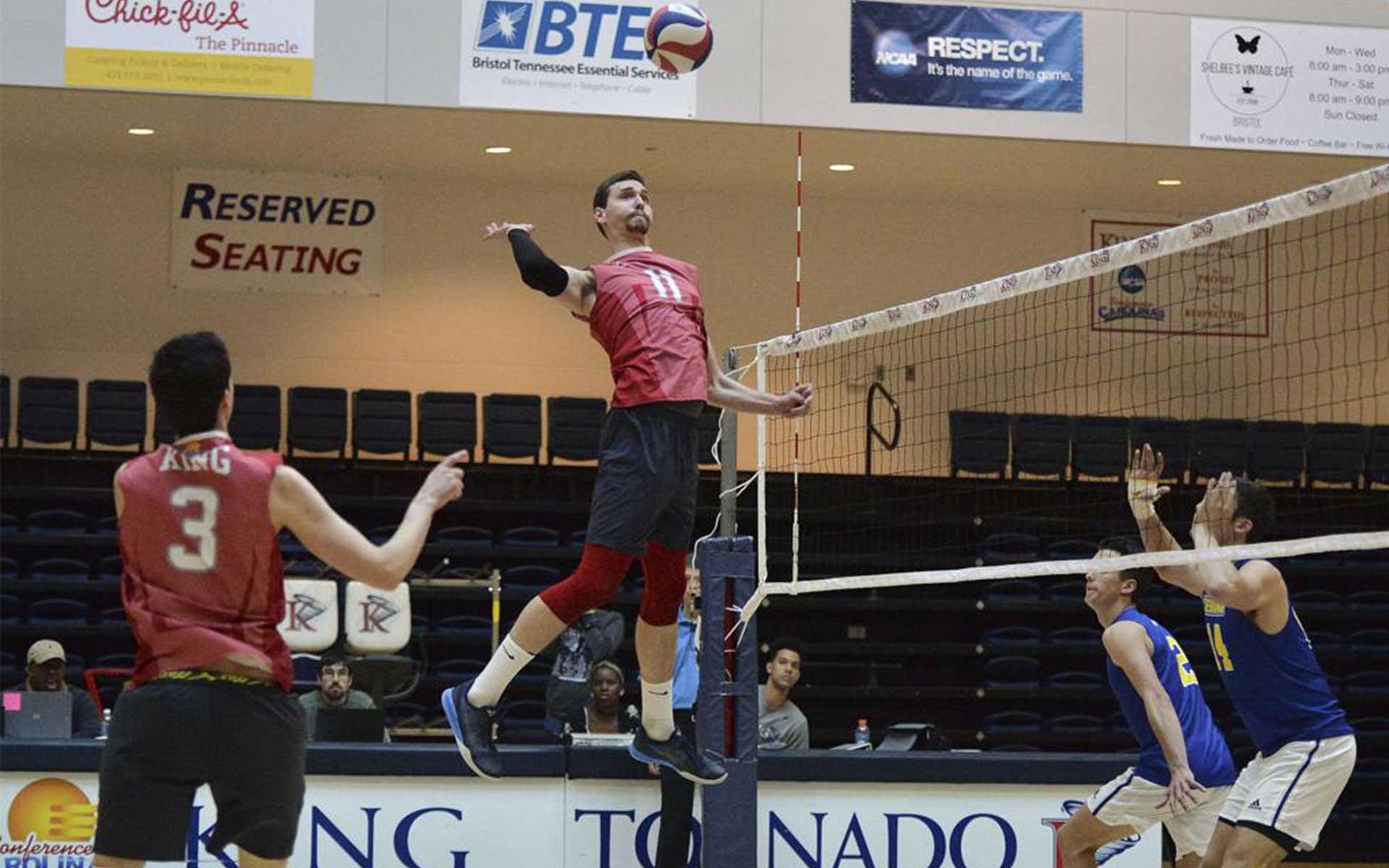 As one of the most athletic players on Southern Exposure, Eddie Moushikhian brings a level of intensity and passion to his team and the game of volleyball in general. Eddie answered some questions to give fans a better idea of what has gone into becoming the athlete he is today, as well as an update on what he’s been up to during quarantine.

Q: What high school did you play at?

Eddie: I went to Milton High School in Alpharetta, Georgia, but we didn’t have a high school volleyball team then. I played for the one and only clubs around the southeast at Southern Storm Volleyball Club.

Eddie: Playing at the collegiate level was a great experience for me. I played at King University in Bristol, Tennessee, and graduated with a degree in marketing. In my years at King University, the team and I broke numerous school and NCAA records. We were able to get the conference championship my senior year. The team then won the conference title the following year, after I graduated.

Q: Have you played elsewhere overseas?

Eddie: I had the opportunity to play professionally in Cyprus. Unfortunately, things didn’t go as planned as I had ended my season early. Adjusting to the level overseas is problematic from a cultural and psychological level; however, I have to say American volleyball is much more structured and efficient. The majority of college volleyball programs in the United States would compete very well if not beat many of the leagues overseas.

Q: Any tournaments and leagues that you play in at home?

Eddie: I have been excited to play in the NVA events we have coming up. I am currently trying to play some AVP beach qualifiers and grow my game’s knowledge and skill.

Q: What do you currently do for work and what have you done during quarantine?

I am currently involved in Marketing and Sales for a few companies, and I coach for A5 Volleyball Club out of Atlanta. Since quarantine I’ve been staying in shape and immersing myself into the game of volleyball.